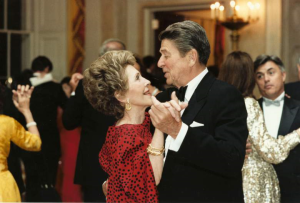 18The Lord God said, “It is not good for the man to be alone.  I will make a suitable helper for him.”…21So the Lord God

caused the man to fall into a deep sleep; and while he was sleeping, he took one of the man’s ribs and closed up the

place with flesh. 22Then the Lord God made a woman from the rib he had taken out of the man, and he brought her to

the man. 23The man said, “This is now bone of my bones and flesh of my flesh; she shall be called ‘woman,’ for she

was taken out of man.” 24For this reason a man will leave his father and mother and be united with his wife, and they

will become one flesh.”

From this passage, we see that it was God who originated the marriage institution.  The term, “suitable helper” suggests that the first man, Adam, was in need of a complementary companion and an ideal partner, and that the first woman, Eve, was God’s provision for Adam’s need.  Eve was made “just right” for Adam.

Marriage continues to be the primary human relationship in life.  To provide structure and order within the marriage relationship, God has given husbands the responsibility of leading his wife and children, and He has given wives the responsibility of coming alongside her husband as a suitable helper.  When a husband and wife fulfill their God-given roles within marriage, they experience an oneness and deep satisfaction not known in any other human relationship.

This portrayal of the wife as her husband’s help-meet flies in the face of the modern feminist movement, which promotes gender equality and women coming into their own as professionals.  Even Christian women can buy into this worldly mindset.  I think one of the main reasons why some Christian women have a hard time accepting the idea that their God-given role in marriage is to be a suitable helper for their husband is because they don’t have many public role models to follow.  They aren’t convinced that this approach to marriage and life will truly bring them great joy and satisfaction.

With the passing of Nancy Reagan on Sunday, March 6th, I was reminded of one woman who modeled what it means to be a suitable helper for her husband.   When Nancy died, it marked the end to Hollywood’s Great White House Romance.

Ronald and Nancy Reagan were married on March 4, 1952, in a private ceremony at a small church near Los Angeles.  The Reagans’ mutual devotion was legendary.  They were forever holding hands.  She watched his political speeches with such a look of stead adoration it was dubbed “the gaze.” He called her “Mommy,” and penned a lifetime of gushing notes.  When Ronald Reagan was shot in a 1981 assassination attempt, Nancy Reagan never left the hospital where the president was treated until he was released.

While Nancy had other more traditional roles at the White House, including spokeswoman for the anti-drug program, which was reduced to a phrase, “Just Say No“, her real role was to protect her husband and to make sure that everyone around him was on the same page.  Everything she did was in Reagan’s interest.

Aware of his metabolism and what he needed to perform at his best, she made sure “Ronnie” got eight hours of sleep at night and had breaks during the day.  She also protected him from threats closer at hand, particularly aides whom she suspected were more focused on their own agendas than his presidency.  Nancy once said, “I’m a woman who loves her husband and I make no apologies for looking out for his personal and political welfare.”

After she and her husband left Washington , Nancy became Ronald’s protector again as he struggled with Alzheimer’s disease until his death in 2004.  Afterward, she remained a staunch guardian of his image and legacy.

In Time magazine’s article, “Remembering Nancy Reagan: The End of a White House Love Story”,  Nancy Gibbs writes, “She was the Wife, the one with the Gaze, so devoted, so protective, that her own life and works, her needs and dreams, could be folded and fit into a tiny beaded handbag and tucked away as she focused every therm of energy on the American epic that was Ronald Reagan…Never was  a public man so faithfully served by a very private woman who read his needs, enabled his strengths, defused his weaknesses, and in the process displayed a love of country that refracted through her love of the man.”

Although this portrayal of a wife is not a popular one today, I believe it is God’s ideal for every Christian woman who is married.  May all Christian wives have the courage to devote themselves to being a suitable helper for their husbands as did Nancy Reagan.